As Japan was rising to become a world’s economic powerhouse, Yoshida Hideo passionately devoted himself to building a new industrialized society by modernizing Japan’s advertising business.
He extended his efforts to establish commercial broadcasting in Japan. With his many great achievements, he became a pioneering legend in the world of advertising and was called the “Demon of Advertising”. 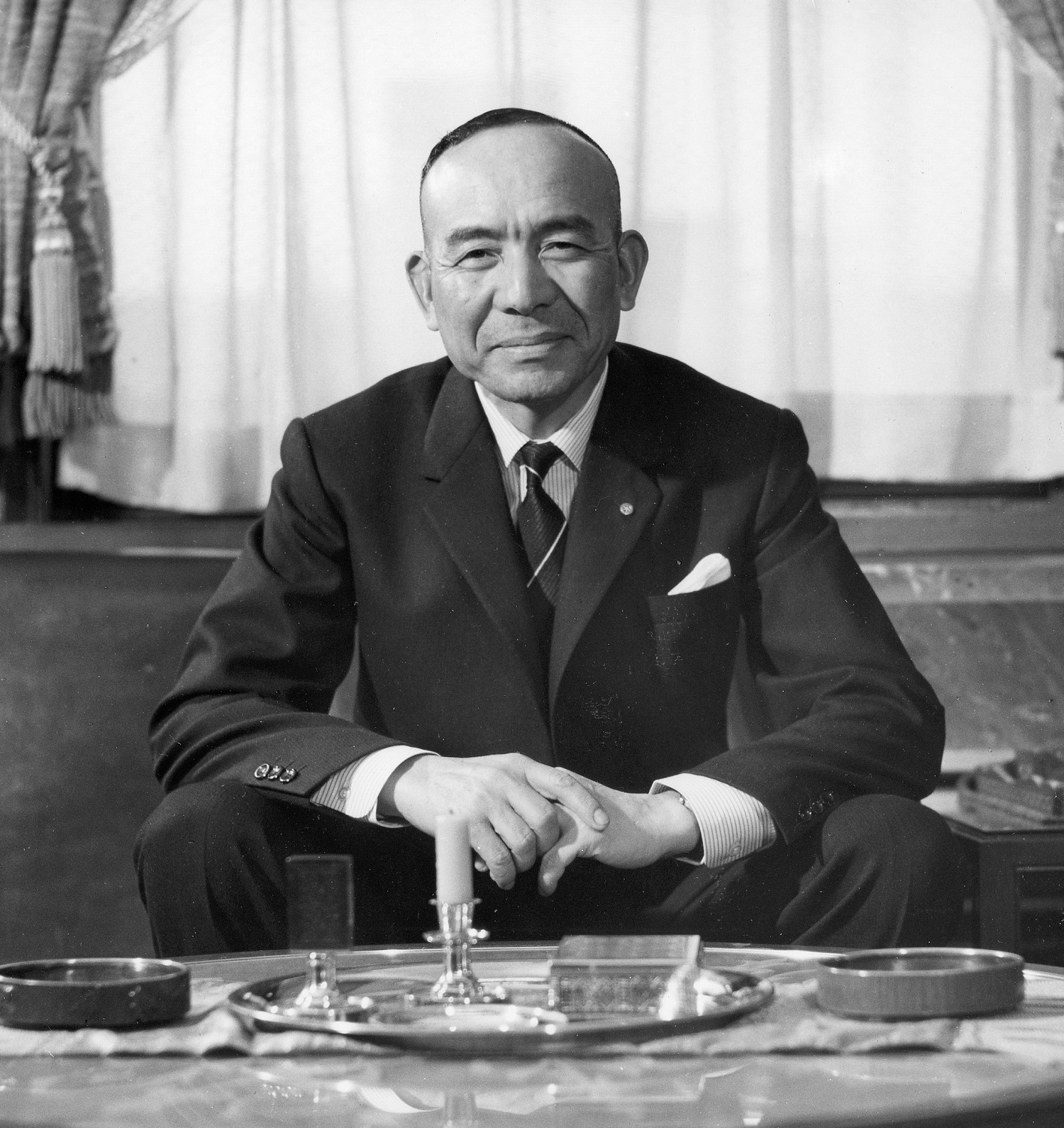 Born in November 1903 in Kokura City, Fukuoka Prefecture. When his father died, young Hideo was adopted by the Yoshida family, leaving his mother, an older brother, and two younger sisters.
Things were not easy for him during his youth. However, owing to his strong character inherited from his father and business aptitude fostered at Tokyo Imperial University, he eventually became a successful businessperson. 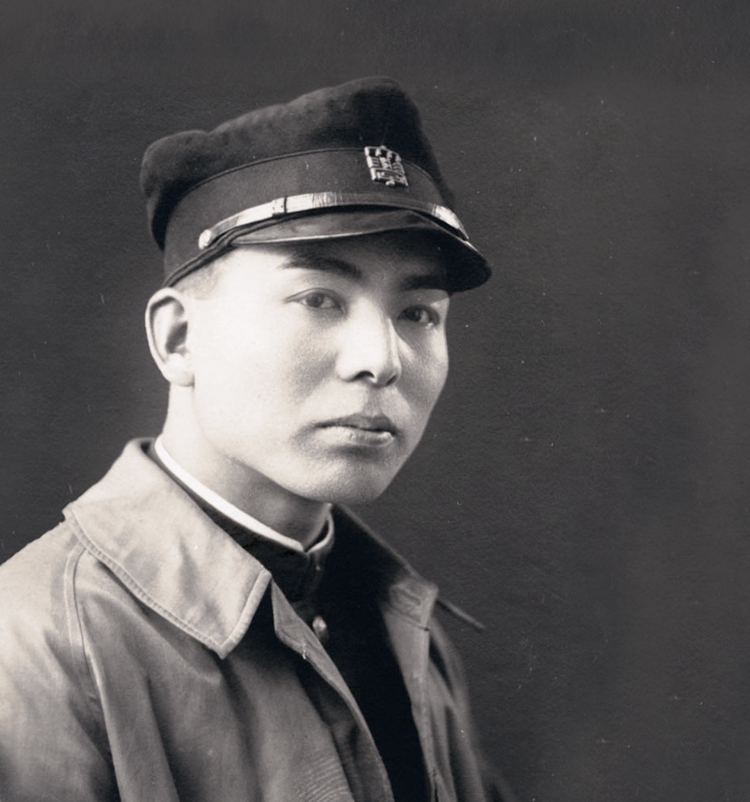 Completed the restructuring of the advertising industry under the auspices of the Ministry of Commerce and Industry
Nationwide, 186 companies were consolidated into twelve. Dentsu absorbed 16 firms. 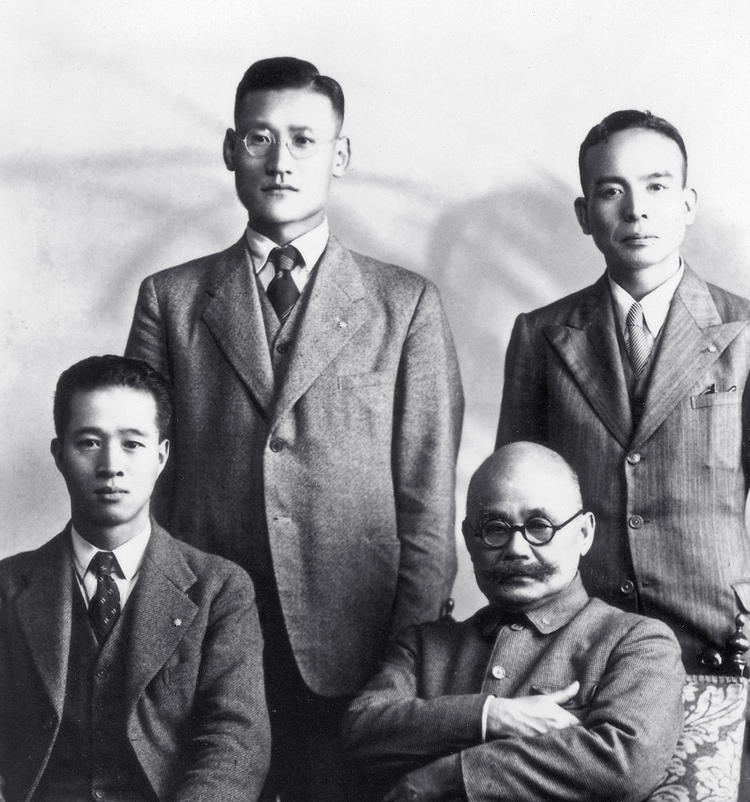 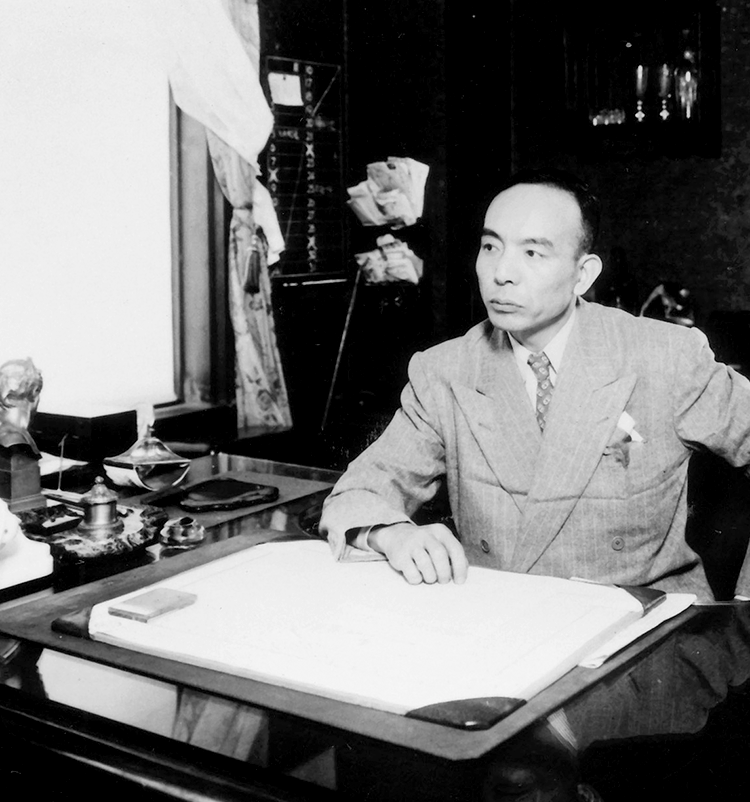 The first commercial radio broadcasting in Japan was aired in Nagoya on September 1, at 6:30 a.m., by Chubu-Nippon Broadcasting. The New Japan Broadcasting (currently Mainichi Broadcasting System) in Osaka also started on the same day. Yoshida put his heart and soul into Radio Tokyo (currently TBS radio) which began broadcasting regular programs on airwaves from December 4. 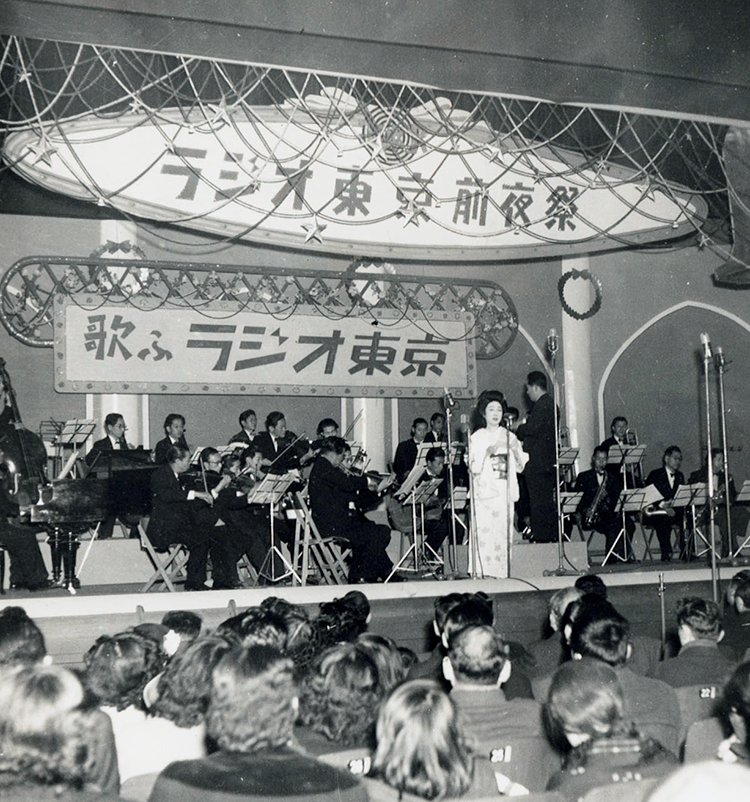 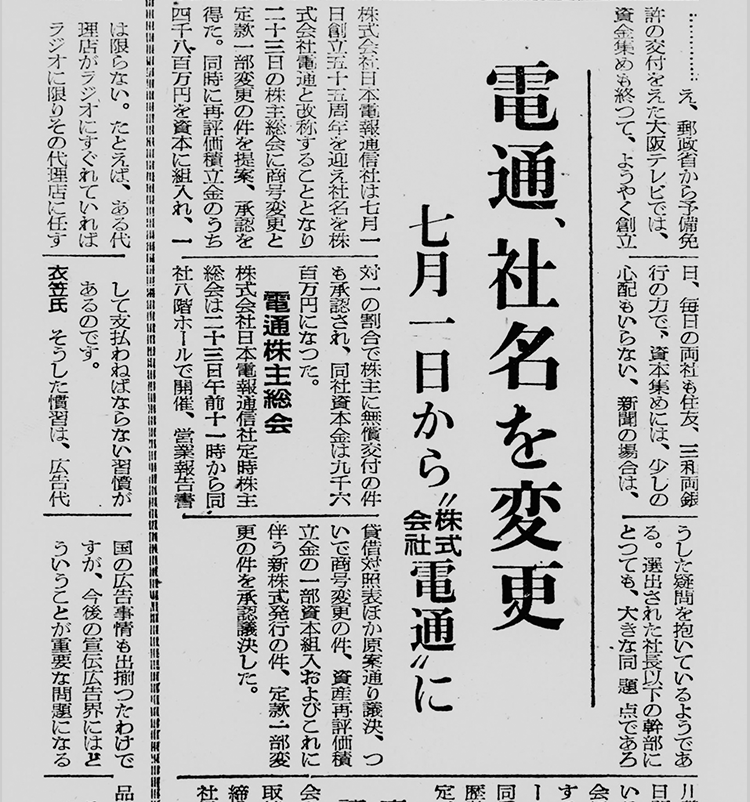 Strongly influenced by the marketing-based advertising practice in the US, Yoshida was convinced that advertising is “an art based on science”. He argued it is an intelligent business activity backed by science and should not be practiced by solely relying on intuition or the virtuosity of an individual. He was one of the pioneers of Japanese marketing by immediately recognizing its potential and actively practicing it in real business 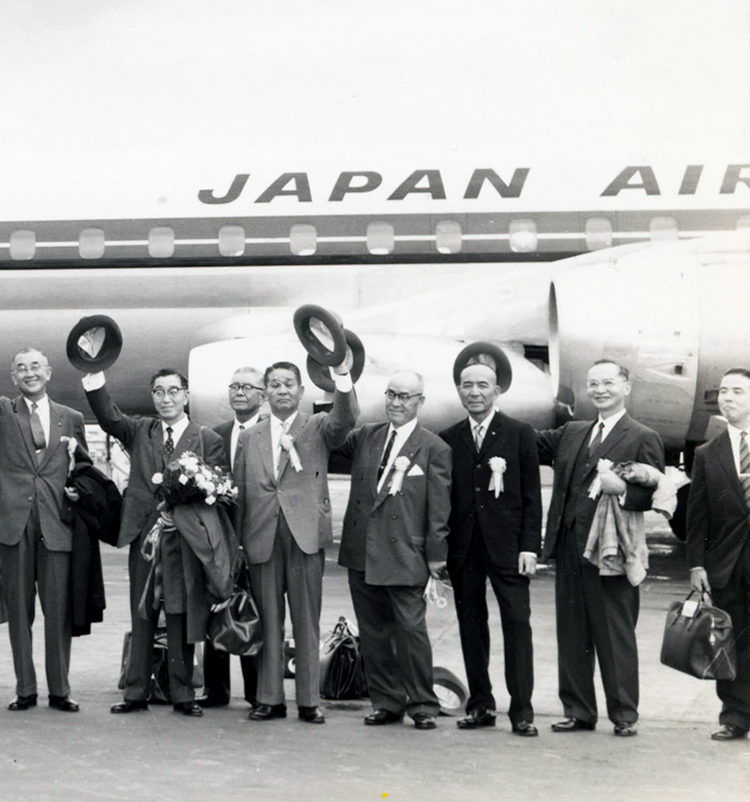 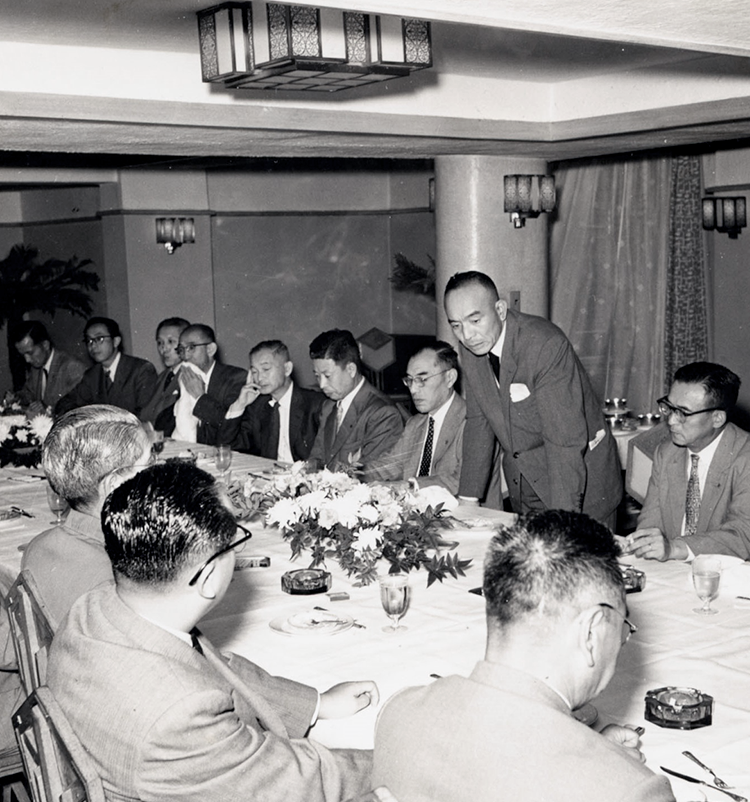 Received the IAA’s Man of the Year Award

The All Japan Advertising Council was established and Yoshida was appointed director.
Attended informal talks about advertising issues with then Prime Minister Ikeda in the PM’s official residence
Stressed advertising’s mission in Japan’s culture and economy at the meeting of undersecretaries 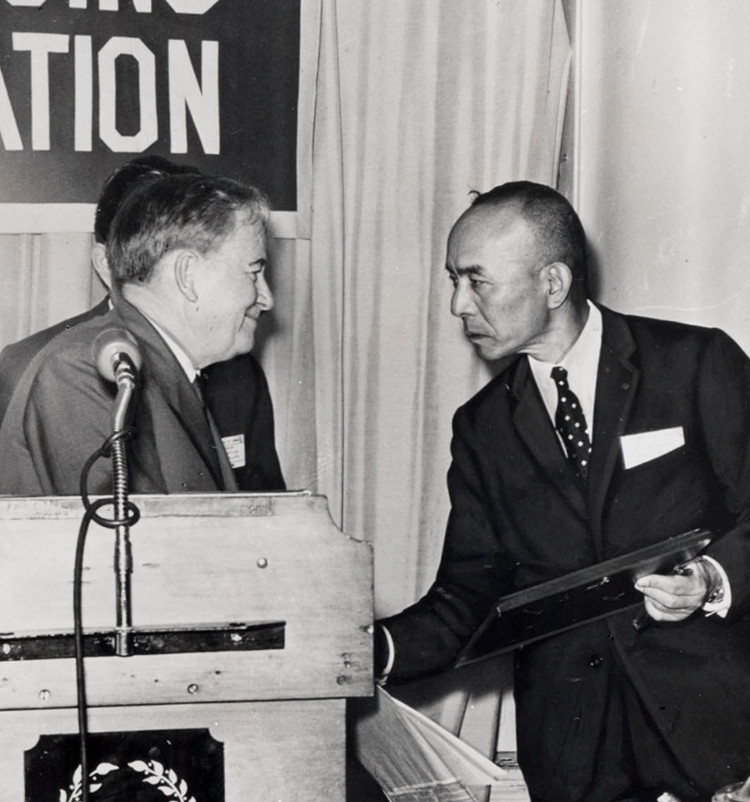 Died on January 27 at the age of 59.
Awarded Junior Fourth Rank and the Second Class Order of the Sacred Treasury by the Japanese government 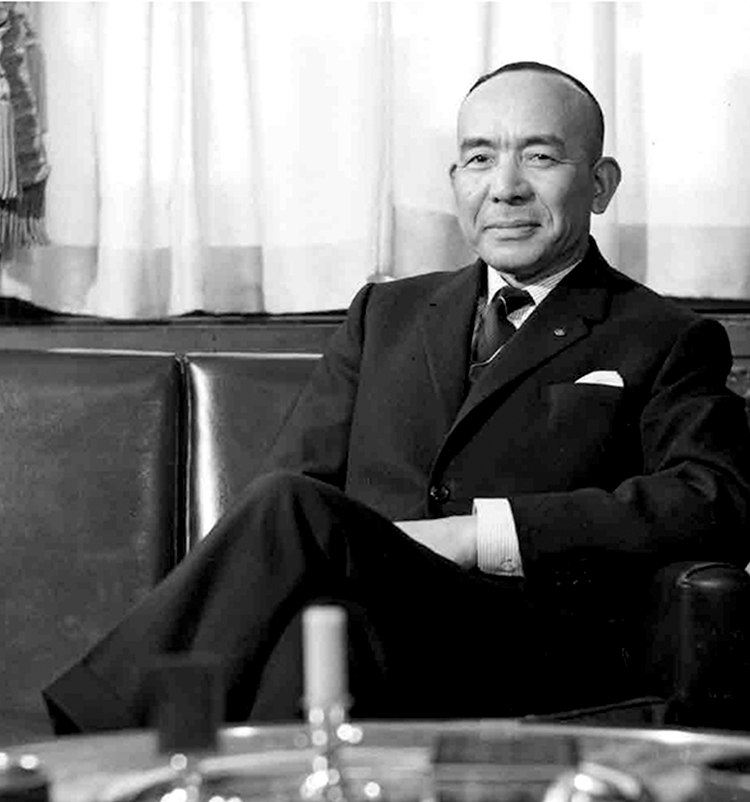